Surveillance in Trafalgar Square and the UK 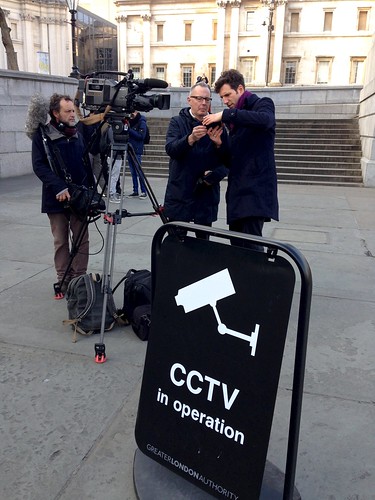 German broadcaster Deutsche Welle was filming earlier this month a segment in Trafalgar Square for its series Focus on Europe - Spotlight on People.

The topic was how pervasive video surveillance is in the UK and the opposition to it by organisations such as No CCTV:

No other European country keeps as close a watch on its citizens as the UK. For years, the government has been broadening its powers of surveillance in the name of security. In other nations, its laws would long since have been considered breaches of privacy. Now opposition has also been growing in Britain.

I was interviewed for it and briefly appear 3’10" in the short programme.