Getting smart with a Genius

[This is an extended version of a guest post that was published by The Restart Project.] 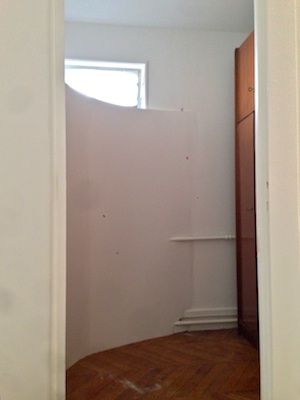 About a year ago, my sister in law got a free iPhone 5 from her network. She had no use for it, so she gave it to me. Recently I noticed a couple of problems: the top power switch is becoming harder to operate, and more annoyingly the pictures taken with the phone show spots and dust marks.

I didn't have any paperwork for the phone, but believed it was still under warranty as the first photo I took with the phone is dated February 28th last year. Even counting a week in the post, my sister in law was likely to have gotten it less than a year ago, so I booked an appointment with an Apple Genius at the Covent Garden store.

The famed Genius Bar is gone, it has been replaced with many smallish high rectangular table where everyone wait on stools for Geniuses to come in your personal space. As my personal Genius equipped with an iPad, explained, it is now '360 degrees'. It makes for a very noisy environment and he could hardly hear what I was saying.

After ensuring my phone was on one of the shop's two WiFi networks and that 'Find my iPhone' was deactivated, my Genius ran some remote diagnostics and declared that the phone was five days out of warranty. He explained that there was no grace period. He was happy to 'fix' as long as I didn't mind contributing a flat fee of £209!

He explained that the spots were inside the lens of the camera, that they don't have camera modules anymore so they just replace the iPhone. The difficulty with the power switch was caused by some rubber disintegrating. He offered to get rid of the dust on the lens for free and disappeared with the phone for five minutes. When he came back, there was a bit more dust! The Genius stated that he found there was a lot of residue in the phone and that could be part of the problem.

As I was unwilling to part with this much cash for fixing manufacturing defects, and the Genius suggested I check with my sister in law for any paperwork showing the phone was still in warranty. I had a frustrating discussion with him, asking why Apple won't fix what are widely known issues that are not caused by the user. He explained that he has no discretion.

No paperwork could be found, and nine days later I was back in the Apple Store, this time joined by Ugo, co-founder of The Restart Project. We went through a similar process, but also showed that older photographs taken well within the warranty period already exhibited spots, and some just before the warranty expiration also showed dust marks.

We then mentioned to him that according to Apple discussion forums, Apple has in other occasions accepted such evidence to provide a replacement.

Our clear awareness of the issue at stake and of online evidence in support of our claim, as well as the polite persistence which we used, convinced the Genius that he could have a chat with his supervisor, who approved a replacement.

The 'Problem Description/Diagnosis' in the 'Work Authorisation & Service Confirmation' is as follows:

Issue: Spots in camera
Steps to Reproduce: Issue has been observed and verified on the bar
Proposed Resolution: Replacement in warranty as customer has proof of issues existing from time of purchase.
Cosmetic Condition: Light wear and tear to enclosure

The Genius brought a replacement iPhone 5 and explained that when they discontinue a model, they manufacture some more parts for warranty purposes. The extra 'part' that had been manufactured was a whole phone. (Replacement parts come with a 90 days warranty.)

This replacement phone had been built between 18 and 24 November 2013 (according to CoconutID) and was running iOS v6.1.4. Apple both discontinued the iPhone 5 and released iOS v7.0 in September 2013, months before this replacement had been manufactured.

When asked what would happen to the phone with the damaged camera module and power switch, the Genius volunteered it would be 'destroyed'. A replacement rear camera module is available online for a tenner and the power button cable for two, but not from Apple.

The true cost of mobile phones is high as Gaia Foundation's Wake up call shows. Manufacturers must take responsibility for manufacturing defects for the useable life of their products. Externalising such costs on the consumer creates a perverse incentive for planned obsolescence.

Bootnote: Read an earlier post on becoming a restarter.