Happy hackers do it under canvas

The first networked campsite was set up last month for the Hacking At The End Of The Universe Congress near Amsterdam. A thousand hackers from all over the world met to participate in workshops and informal discussions. The advanced programme said: "Bring anything that has a power cord or batteries and let's network it!" So beside the usual list of items to pack, many participants also brought a computer and an Ethernet card.

Unpacking was unusual for a campsite. In many tents there was hardly room for the hackers to sleep, with most of the space taken by computing equipment. Walking around at night all you could see were glowing screens, and the only noises in the Dutch countryside were weird sound effects. One PC played the William Tell overture through large loudspeakers every time it was powered up.

Since hackers are really the good guys, not the criminal subculture as often depicted, all this equipment stayed in the tents unattended without a single theft.

Apart from the normal problems that come with camping, the organisers had some theething problems with the power supply. While three generators had been rented, only one of them worked on the first day, and that did not have a regulator to control the current. So to begin with, everybody that had equipment functioning at 180 volts and 40 Hz was invited to use the power, while the few that had brought fridges and microwave oven were asked to use the camp cafe.

The power problems were sorted out at the end of the first day. Happy hackers celebrated by staying hooked up all night exchanging messages with others on the campsite and the rest of the world. A few were even writing and compiling programs. Six phone lines were dedicated to connecting the three camp networks with the worldwide Internet, giving access to Internet services such as the Usenet message base and IRC (Internet Relay Chat).

It took 20 people four days to set up the infrastructure. Three Ethernet networks were built: one for the organisers, one for the only solid building, and the most spectacular one for the campsite. One day the camp network - a thin Ethernet cable running a couple of metres above ground - was nearly cut by the antennae on a television van.

The hackers used a wide variety of computers. In the main building the organisers provided PC compatibles, while campers lent out a Sun workstation, an Apple Macintosh, an Acorn Archimedes and an old Vic 20 with a keyboard painted violet. The network nodes in the tents were mainly IBM PC-compatibles, ranging from old originals to fast 486-powered PCs. Several hundred machines, worth hundereds of thousands of pounds, were spread over the campsite and linked to the network.

If this congress was anything to go by, hackers prefer desktop machines with large hard disks to the more fashionable laptops and palmtops: fewer than 20 of the latter were present. When downloading megabytes or gigabytes of news from Usenet, the size of the mass-storage is of primary concern. As to the choice of operating system, that was, as usual a touchy subject. Although few hackers advocate DOS, glancing around revealed that at least half the machines were running it. The rest had several flavours of Unix, with Linux, a freeware version, the most popular for obvious reasons.

The congress ended well before the Party At The End Of Time, when the electricity was cut off and the networks shut down. 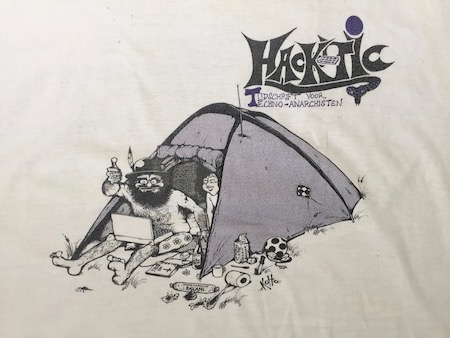 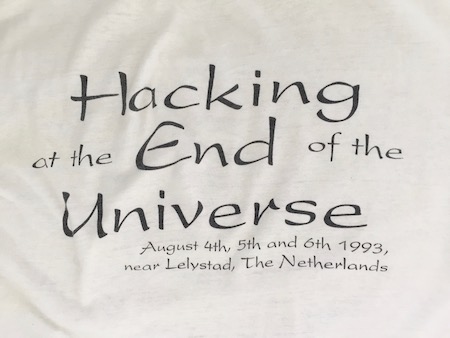